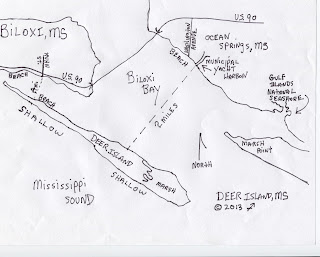 After sunset the boat hatches were popped and a potluck supper was spread on our "table"--a weathered wooden door found in the sand.  The homemade mac and cheese was to die for!!!
And, of course, there was lots of liquid refreshment to be had to lubricate the always joyous and revealing conversations sparked by a crackling campfire.  But as they say: "Whatever is said on Deer Island, stays on Deer Island."

Note: The Kuhn St. Boat launch and the parking area next to it is open.