City Park in New Orleans received  funding in 2018 to complete a paved bicycle/ped path looping the perimeter of the north half of the park.  Two sections of the loop have been finished and open for years:  The two miles running north/south between Bayou St. John and Wisner Blvd., and the connecting east/west stretch along Robert E. Lee Blvd.  In 2018 a mile stretch linking the Robert E. Lee with Harrison Ave was opened.
These paths are paved and separate from vehicular traffic.
Funded and in the planning stages is a .6 mile paved path along but apart from Marconi Ave. connecting to  Zachary Taylor Drive running east/west along the I-610.  When this is complete cyclists and pedestrians will have a five-mile loop to ride, run or walk away from dangerous traffic surrounding the popular Crescent City Park.
(A broad sidewalk, .9 miles  will be built along Zachary Taylor Dr. for pedestrian traffic. There is no room for a parallel paved path along Zachary Taylor Dr.  but traffic is mostly light along the lane and should not present a hazard for cyclists using it.)
The project will cost a little north of $900,000.  No completion date was announced.

A paved path threading through the stately live oak grove flanking the busy roadway will be greatly appreciated by cyclists and pedestrians.
The long-awaited  expansion to the park's sculpture garden has just opened to rave reviews and it appears that the new Children's Museum, across the street, will open on schedule later this summer (2019).
Remember the City Park streetcar ends at the main entrance to City Park at Lelong Ave.  There is a Blue Bike (bike share) rack at the streetcar terminus and at the Casino Building soon to open as a coffee shop this summer (2019). 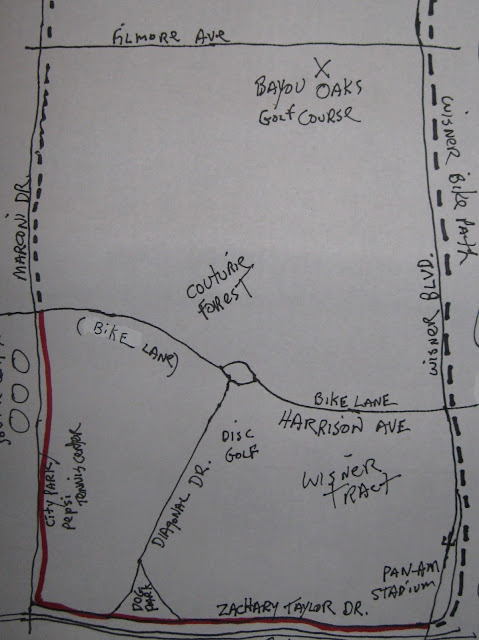